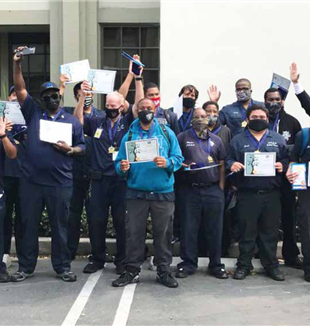 The Los Angeles Habilitation House is a place where people learn to start over. What has been happening at the nonprofit during the pandemic? In December Traces, Guido and Nancy talk about the lives of their “guys.” 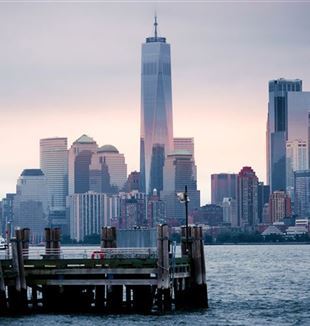 Jonathan's sadness at the ongoing division in our country is met by a hope that becomes visible in the unity of his friends. 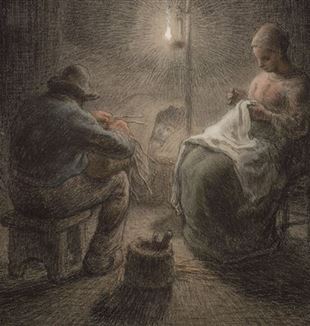 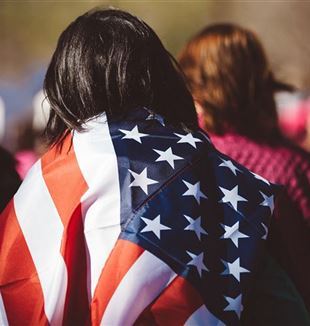 The presidential election in November, political polarization, unemployment, and racism... these are all part of a single challenge facing American society: “Choosing reality instead of the world of ideas.” From October Traces. 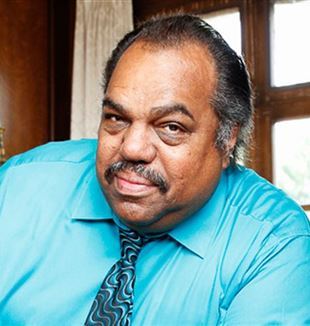 “How can you hate me if you don’t even know me?” This question has stayed with him throughout his life. From September Traces, the story of Daryl Davis, the African American musician who has befriended members of the Ku Klux Klan. 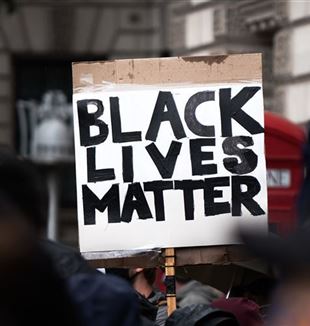 The US presidential elections, anti-racial protests, and an increasingly polarized country. What is the contribution of Christians today? A conversation with Stanley Hauerwas and John Zucchi to revisit Fr. Giussani’s "From Utopia to Presence."

A preview of the September issue of Traces. The full text of the dialogue between Bernhard Scholz, President of the Meeting, and the head of CL from this year's special edition of the Rimini Meeting. 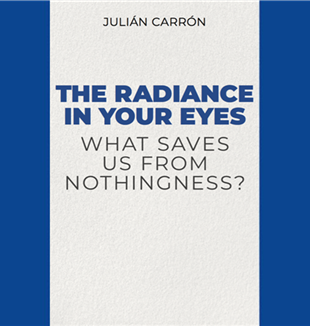 Julián Carrón’s latest book, The radiance in your eyes – What saves us from nothingness?, is now available online. “An itinerary rooted in an experience and a history, and thus offers a contribution to the search and expectancy of everyone.” 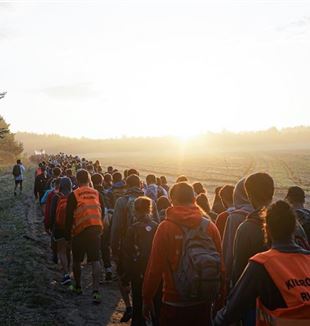 "The fact we cannot make the pilgrimage to Czestochowa has not erased the irreducible need that inspires it." Summer proposal for high school and college graduates. 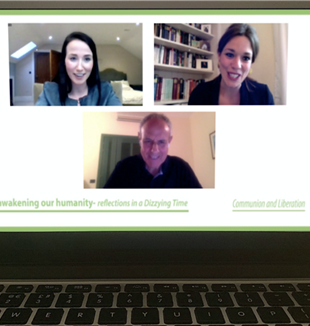 In a presentation of the English translation of "Reawakening Our Humanity", the book's provocations were placed at the centre of a dialogue to better understand what questions have emerged in this period, and how they can be sustained. 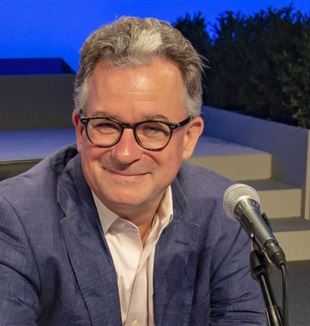 Francis' role today, the Church's journey, and personal conversion in the context of our world in crisis. From June Traces, a (virtual) conversation between Latin America and the British journalist who is one of the foremost experts on Bergoglio. 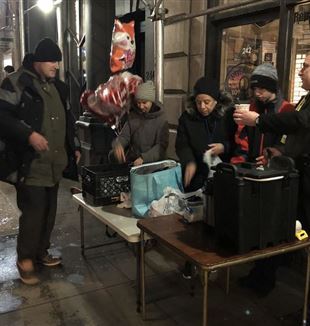 The experience of the volunteers at One City Mission, who provide companionship to homeless people so that “the whole city experiences the human.” From the June issue of Traces, a story born of an encounter, shaped by the Franciscan brothers of the Bronx. 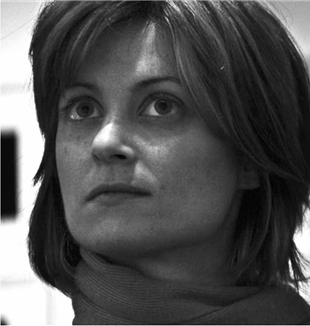 A deep renewal. The “visceral reality of vocation.” From the June issue of Traces, New York author Paul Mariani describes what he is learning and what is at the center of the reawakening of our humanity. 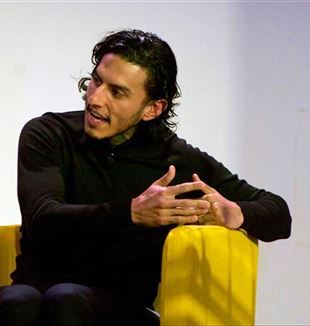 He works for film and TV, he was in a gang and ended up in jail. The Californian actor talks about the turning point in his life and he compares it with the provocations in "Reawakening Our humanity". 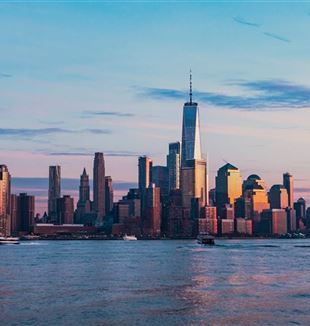 She is editor-in-chief of the cultural magazine "Comment" and a keen observer of American society. From her "refuge" in Maryland she says: "Nothing had prepared us for this earthquake of uncertainty. Now we accept the call to change." 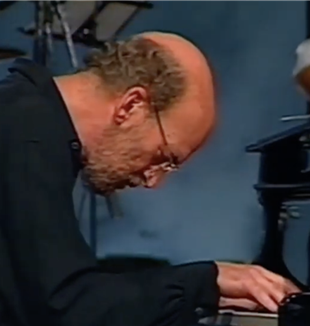 In his studios, among a swarm of musicians, "creating the New York soundtrack". His story, his encounters, his words. This is how a friend recounted David Horowitz’s story in a book published a few years ago. 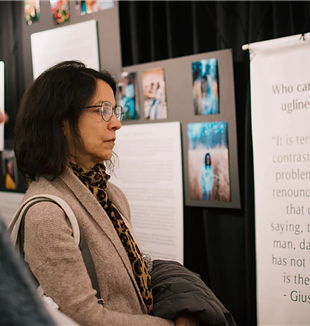 Jaisy's work on the Baldwin Exhibit for the New York Encounter helps her confront her own wounds at the "level of the heart." 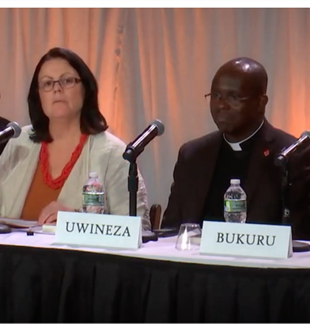 Watch the video of the panel discussion between Fr. Zacharie Bukuru, His Grace Anba David and Rev. Marcel Uwineza, moderated by Barbara Gagliotti. 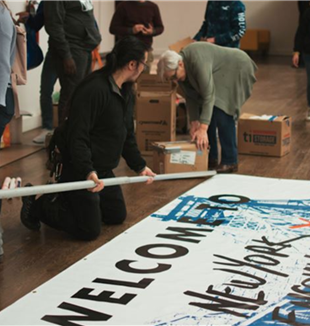 In a broken, divided America, such as we see in the world of politics, there are people who, with their actions, show a different way of living. 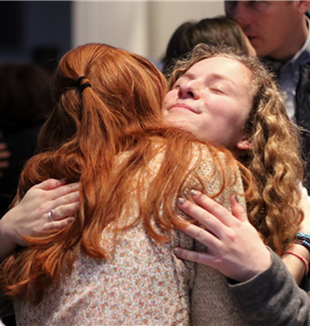 Patrick recounts his first experience of the New York Encounter where he met a new friend, through which he perceived the intensity, curiosity and passion he desired for his own life. And then life took on a completely new dimension.

John recounts how the proposal of studying the Risk of Education via ZOOM helped him to understand slowly that he wants "to be willing to allow obedience to Christ to overcome the fickleness of my feelings."