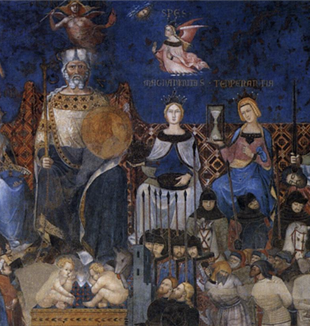 A few friends asked me to share my experience as a candidate in the latest election cycle in Italy. This was the first time I was personally involved, as a candidate, with a political campaign. Many asked me, “Why was this risk worth taking?”

I was born and raised in a small town close to Parma, Italy. My wife Tecla and I have been living in New York for eleven years and we have recently welcomed a foster child, little Luke, who is now seven months old.

Although I am not a politician by trade, I have had a passion for politics since I was a child. I was fortunate to have parents who educated my three siblings and myself to the fact that politics is a beautiful and fundamental tool for the common good of society. The idea of not voting or not caring about what was going on politically was simply not an option in the Cacchioli household.

The seed they planted has grown over the years, sprouting in active involvement with politics in high school and then in the university, where the encounters with passionate and intelligent people became real friendships that still exist today. This commitment has been a source of enormous personal growth and of the discovery of what, concretely, "doing politics" means: from building a list of candidates to writing an electoral manifesto.

I remember with infinite gratitude those sleepless nights shared with friends and classmates to write a political flier or to advocate that the extraordinary session of the Constitutional Law exam not be eliminated. We worked on these things with a beautiful tension, almost thinking that the world depended on it (and perhaps it really did). Mistakes were made, but we were putting forth all our effort to make things better.

Now, ten years later, I approach politics in the same way: looking for the positive in everything and everyone and reaffirming that politics is a noble and beautiful thing, “one of the highest forms of charity”, as Pope Paul VI once said.

The proposal to get involved by running for a seat in the Italian parliament came from a recently met friend: the Honorable Maria Chiara Gadda, an Italian politician who caucuses with the New Italian Centrist Party. When I received the proposal I was very wary. I also had to think about the consequences a political campaign would have on my family. Regardless, my friends did not retreat an inch in provoking me: “Why not run for office? What is holding you back from taking this risk?” I replied swiftly to every provocation: “I have no time, it is useless, nothing will change, it is a suicidal candidacy because I will never be elected…” Some objections might seem more reasonable than others, but I noticed that I was only using them as an excuse not to look at an opportunity that had opened up in front of me and was asking to be looked at seriously, like everything else.

One day, near the deadline, and after a good run in Central Park, the “why not?” gnawed too intensely to be ignored. I picked up the phone and confirmed my availability and in twenty-four hours, I found myself with a Fedex parcel in-hand, replete with all of necessary documents on its way to Rome to confirm my candidacy.

Now, the shortest election campaign that ever existed is over and results are in: after only two and a half weeks of a non-stop schedule packed with emails, social media posts, meetings, phone calls, and mistakes, I received nearly 1,300 ballots in my name. A miracle given the timeframe, even if this number fell short of getting elected.

Amidst the non-stop campaigning and the endless mistakes, the real miracle is that many people, here and in Italy, decided to lend a hand. Nights may have been sleepless, but the encounters were numerous and fruitful. From this ‘failed’ campaign stemmed an unexpected flowering, born of that famous Unexpected that often re-happens and re-ignites the heart and mind, and makes us ask “why?”

Simply put, for me the reason why a crazy effort such as this is worthwhile is friendship and education.

Friendship was the catalyst for my action: I would never have entered the race without my friends. Alone with my thoughts, I can be a great ‘armchair quarterback’ and provide insightful discourse or commentary on the political situation, but I would have remained an outside observer. The education I have received has provided me evidence of a place that opens up the horizon to something unexpected and far surpassing what would be considered ‘reasonable’, like accepting to run for your country’s parliament.