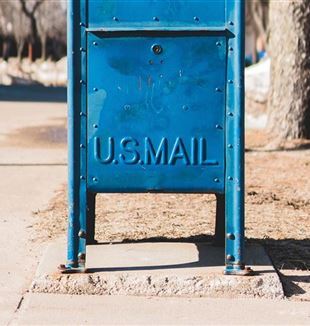 For the past four or five years, through a series of unpredictable events, I have been visiting a convicted prisoner in a prison that is twenty minutes from my home. The origin of this story related to a specific episode. I was studying Classics at the University of Florida and had become friends with the secretary of my department, who was a beautiful person. One day I was chatting to her in her office and I noticed an envelope on her desk. I recognised the stamp: "That is a letter from a prison." I did not know anything about prisons, and I asked her, "What is it?" She said, "Well, it came to our department." At that moment, a colleague came in, saw that we are talking about the letter, which she was aware of, and said, "I do not want anything to do with that."

The secretary added, "We searched online to find out who the person writing was and we found out what his crime was. We do not want to get involved...." As I watched this exchange between them, I thought, "What if this letter had fallen on the table where I have dinner every week with my friends before School of Community?" So when we were left alone, I asked the secretary if I could take it. I found out that that prisoner had found a book in Latin, and not knowing how to translate the line of a poem, he had written to all the Classical Humanities departments in the state. Over time, I lost contact with this man. Two years later, a request came to me through strange and different means to visit another prisoner, sentenced to death, and I accepted precisely because of what had happened that day.

This resulted in a life-changing story, personally and professionally, that led me to many encounters. But within this fact it amazes me to realize that I am this companionship that constitutes me. The movement is not a "container" where I come and bring the things I know how to do: it is something that I do not do, but that constitutes me.