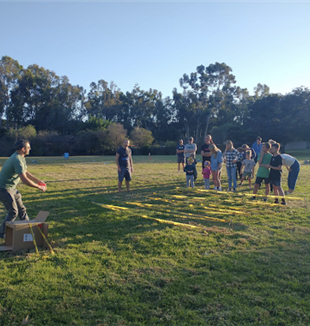 My family has lived in Los Angeles since 2016. We have always looked for other families to walk with and through the years we joined several “Family Groups”. Through these groups, we have found great friends that helped (and still help) us with our vocation.

At the beginning of this year, some friends encouraged us to start a new “Family Group” that was open to families and to friends of these families. We took this provocation seriously for two main reasons. First, we are familiar with the challenges of seeing many dear friends move away from LA and the blessing of having new families and friends come into the LA community, even if only for a short period of time. Both the leaving and the coming of friends has always taught us something new.

Second, following the invitation to "...live personally and to share co-responsibly the charism they have received…" Pope Francis gave us during the audience with Communion and Liberation on October 15th, we were interested in helping each other in following the Movement within our family life and to be open to meeting new friends. Considering these things, together with other families, we decided to organize something beautiful each month for both kids and adults. Additionally, we planned for these gestures to include a moment of sharing among the parents. We sent the invitation to everyone in the SoCal community, from Los Angeles to San Diego (~120 miles apart).

For the November event, we met in a park in Orange County for games and dinner together. The first grace was the availability of our friends: Pietro in organizing amazing games for everyone and Valentina and Paolo for opening the door of their home, without even knowing the final number of guests! The second grace was that twenty adults and twenty kids from LA, San Diego, and Orange County met together. Some of them drove up to two hours to get there!

Participating in the games was like being at a CL summer vacation, but in late November! At the beginning, my older daughter was very emotional and did not want to play. We tried to convince her, but without any success. So, after a while, I told her to just sit close to me, while I was feeding her little brother. At a certain point, our friend Cristina came and she just carried the chair with my daughter on to the playing field where everyone was playing! Now that she was closer to the beauty of the games, and was with a friend, my daughter decided to play, and she had a lot of fun!

During the dinner, we had the possibility of asking some questions about family life and children's education. We were moved by how everyone took that moment seriously, even if we had not known each other very long, nor saw each other very often, given the various cities we traveled from. At that moment, it was clear we were walking together on the same path with dear friends. At the end of the evening, our friend Paolo told us that the important thing in every family challenge is to not be alone and to be in the companionship of Christ.

Driving home, we felt embraced by this companionship. We saw a change happening in us and in our friends that we did not create. We desire to keep following Who can make this change happen. As our friend Guido wrote to us, “What has happened is a true sign for hope among us".

Like our daughter during the games, we too had been carried by friends closer to the beauty of living the adventure of having a family, inside the companionship of Christ. 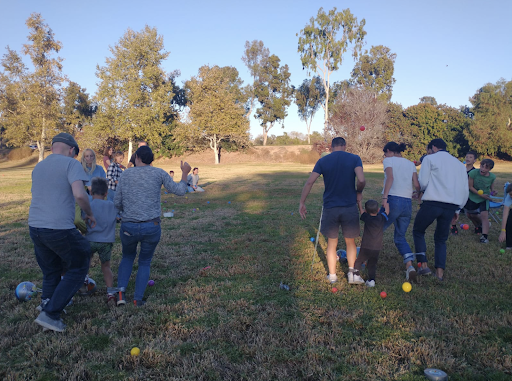